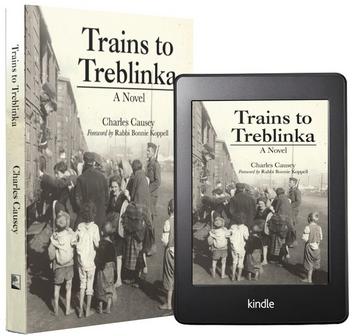 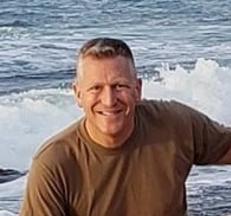 Words and Deeds - The Lion and the Lamb - Unbreakable

Charles Causey - like his father before him - has the privilege to serve America's heroes every day as a U.S. military chaplain. Charles is married to Lauri and they have four children; Nickolas, Madison, Hannah, and Isaiah. He is the author of several books and will be releasing a new non-fiction work with Moody Publishers in 2021. Charles is a graduate of the University of Colorado in Boulder and several other schools including the U.S. Army War College in Carlisle, Pennsylvania. Charles is currently stationed in Hawaii.

AN EPIC, HEART-WRENCHING AND GRIPPING WORLD WAR II HISTORICAL NOVEL...
Treblinka, Poland-1942. Daily, thousands of passengers including Bronka and Tchechia arrive at a destination they believe is a resettlement work camp, only to be immediately separated from their families and told to remove their clothing. Within moments, the masses disappear into a long, fenced passageway down the center of the camp called the tube, except for those indiscriminately chosen out of the lines by the SS. While ordered to carefully organize the discarded valuables of the passengers, the young men and women begin to unravel the mysterious truth about Treblinka, yet they are not allowed to ask questions. Only later, when the workers search for their loved ones to no avail do the Nazi's menacing grins tell them all they need to know--that they must keep working or they will also end up entering the tube.

As the sobering truth about Treblinka sinks deeply into the workers' hearts, a few of the men and women begin to plan a revolt. Based on a magnificent true story, Trains to Treblinka deftly interweaves the lives of several revolt organizers who pledge everything for the chance to burn down the camp and escape into the woods. When the day comes for the uprising, the young workers are barely able to contain their excitement and they risk betraying their own motives under the watchful eyes of the continually distrusting Nazis.

This well-researched, inspiring historical book is an authentic look at Treblinka written as a suspense novel. From Publishers Weekly BookLife Prize review, "It may be difficult and heart-wrenching to read the in-depth details about the atrocities that occurred at the Treblinka concentration camp, but this book is hard to put down. Causey presents a powerful linear approach to the arrival of the victims, the losses, the physical and emotional tortures, and the escape attempts. This profoundly memorable story about Treblinka serves as a reminder that every individual victim's name is worth remembering." Learn about the beauty of hope, the tragedy of war, and the enduring power of the human heart, all in Trains to Treblinka.